I just rolled back to the office to catch up on some work before I get some sleep for the evening. I spent the last few hours at a punk rock show at an underground venue just down the street where I caught sets from two local and two touring bands. A few kids have rented out a shop space in an obscure industrial area just off of the I-15 freeway and appropriately named it the Underground. The door to unit 55 sits almost unnoticed between all of the other shops that mostly house auto repair businesses. Junked cars covered in rust  and dust line the narrow street that extends from 300 West to a chain link fence that looks over the freeway. If you didn’t know there was a show going on, in that unit, you would drive past the entrance and never know it was there. 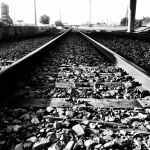 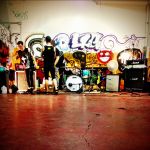 It has been almost a decade since I’ve really taken the time to keep track of music places like these.  And spending the evening there tonight rejuvenated the energy and love I have for seeking out such a thing. That “thing” is that DIY attitude, that ember people have inside to create space and art for themselves. You can find that “thing” anywhere in the world, but for me it is especially important to feel it in your hometown — probably because Salt Lake City is the first place I ever felt that feeling for myself as a young kid. That feeling changed my life and the way I see the world every day. I’m grateful for that.

I have been thinking a lot lately about the idea of that “thing” the last few months. It seems like a common feeling that some people find along their own paths in life. Others ignore it and move past it, never indulging in experiencing it for themselves. But what is truly hard for me to understand is how some people in the world feel it, live it for a moment in time and then let it go — usually for good.

The pressures of life, money, other people’s expectations on us seem to play a big part in why many of us taste that “thing” and realize what we can really do in this world — anything we want, then slowly let it slip from our souls like water slowly dripping from a faucet until it slowly dries up inside and just becomes an empty place inside where creation used to live. It isn’t my place to make judgement on others, but it is sad to see the result of friends and family that share that missing feeling once they had it. I guess I just hope we can all feel that and somehow hold onto it in this crazy world we all live in. It’s tough to do for any one of us.

Back to the show. The music was great. The people were great. The space was great. I made sure to thank the kid that brought the bands there and runs the space. Maybe he didn’t think much of the quick salute and thank you, but he made my night. It was the least I could do to give some energy back to my city and hope that he keeps pushing hard to do what he believes in — to keep feeding that ember, that “thing”.

Thanks for checking in.